I can’t remember what I was doing when I was 10 years old, but I am extremely proud of this 10-year-old.

He’s always had a heart for animals. Ever since he was little, he loves them. Earlier this year, during our trip to Palangkaraya, he learned that orangutans are on the brink of extinction and that there are organizations whose mission was to rescue and re-wild orangutans. He was moved to help these critically endangered animals and be a part of the mission. 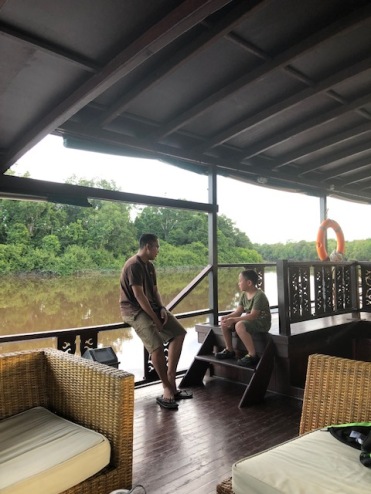 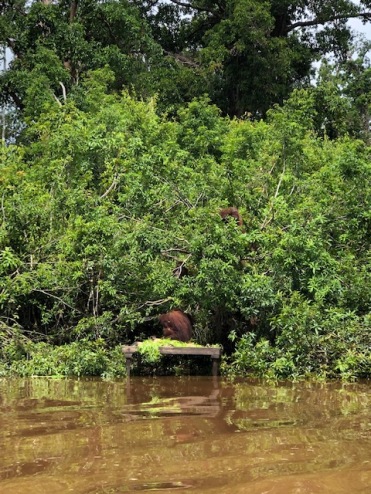 He read up on the subject, browsed the internet for resources, watched shows like “Orangutan Jungle School” religiously, and he sought out foundations that he can be a part of – to volunteer, to learn more, to do anything… He grew attached to the cause and his heart ached for orphaned orangutans who are losing their mothers and their homes due to human actions. He became so attached up to the point he grew frustrated because he’s living in the city and is nowhere near the orangutans to actually help them.

To be honest, my husband and I aren’t exactly the most environmentally-conscious people, unfortunately. Our knowledge on the subject was limited, and his frustrations soon became our frustrations. We knew that in order for us to encourage his passion, we needed to get educated on the subject ourselves, or at least, connect him with likeminded people.

Lucky for us, in the middle of this year, we were introduced by a friend to a couple who was as passionate as our son was about orangutan conservation. M2 met Iyank and Sunu Po one afternoon, which until today, he still describes as “the best afternoon ever!” It’s so heartwarming to see the connections they built in just 2 short hours. For Micah, it was as if the stars aligned and just made him cross paths with the coolest people to ever walk the face of this earth! During their meeting, Iyank and Sunu showed him videos that they made during the time they spent volunteering at a foundation in Kalimantan. They shared with M2 some resources they found to help him go deeper in his knowledge about orangutan conservation. And the best part is that they inspired him to start with making an impact to his own surrounding, in his own capacity and at his own pace. They encouraged him to start by doing these three things: 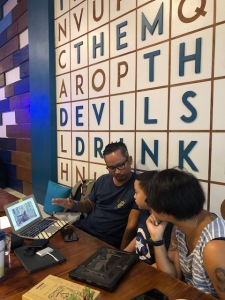 Iyank suggested him to make some posters about orangutans and invite his friends to pool some money and foster an orangutan together. A few months ago, he asked his school if they would be willing to join him to help the orangutans by partnering with an orangutan conservation foundation. He told them that students needed to be aware of the critically endangered situation that orangutans are in and that when they get together as a community, they would be able to do more for the orangutans. 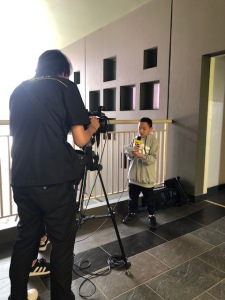 Today, he spoke in front of his peers and stood in an interview about orangutan conservation – what we can do to help, how we can start to make a change, and how reducing the consumption of palm oil can benefit the orangutans.

“When we buy products that contain palm oil, we tell companies that make them that it’s okay to destroy the homes of orangutans. Change starts with us. When we become a good example, we can inspire the people around us to do the same.”

I seriously cannot remember what I was doing when I was 10 years old. I watched him stand there today and I can feel my heart swell with pride. It’s one of those moments where I could say, “he definitely didn’t get that from his mama” and not in a mocking, sarcastic or even disappointed way. No way, because this boy amazes me to no end and he’s a thousand times better than Budhi and I can ever be, combined! But today, more than anything, I am certain that it really does take a village to raise our children and I am grateful for the people who have helped us empower him and support his passion – for Iyank and Sunu, for the people who connected us, and for the teaching staff at his school.

M2, you are made for signs and wonders and miracles. And I know that you have just begun! We are just so proud of you!

#GradSchoolMama: in between having a dream and living the dream ✨ while trying to soak in every part of #Evanston, enjoy everything @northwesternu @medillschool has to offer, make new friends, do assignments, pass exams, get (a lot!) smarter, and be back home in time to make dinner! 😅🤪✨ phew! Let’s do this! 💪🏻 #mymedillstory
My August dump, just like what kids these days are calling it 😏
So my #GradSchoolMama journey begins 💜
Our experience sailing through the waters in Labuan Bajo in 15s. Putting this together made me smile so I’m putting it here for memories to pop up later when I’m missing the sand, sun, and sea! ☀️🌴
Reconciliation in a relationship doesn’t always have to happen in one big event. Perhaps it is slow burn, progressing over time. Perhaps, it doesn’t even involve two people changing. Perhaps, only you changed. And that’s big enough! #santosotrip2022
Dear children, being your mother has changed me in ways I never thought was possible. It has altered the way I saw myself and the world around me. It has forced me to learn, adapt, adjust, create, remake, and improve myself and the way I do things. It compelled me to have the courage to try new things and to get back up whenever I failed. How I wished that motherhood came with a little bit of warning on what to expect before it threw me on the wildest rollercoaster ride! However, in the midst of all the confusion that left me feeling like I’m left in the wilderness, I have found joy like nothing I’ve ever experienced before. I have become content and satisfied with the things I used to take for granted, because now I know that as long as we’re healthy, we’re safe, and we’re together, everything in my world is good 💙 Thank you for loving me and for making me the person I am today.
Loading Comments...
%d bloggers like this: